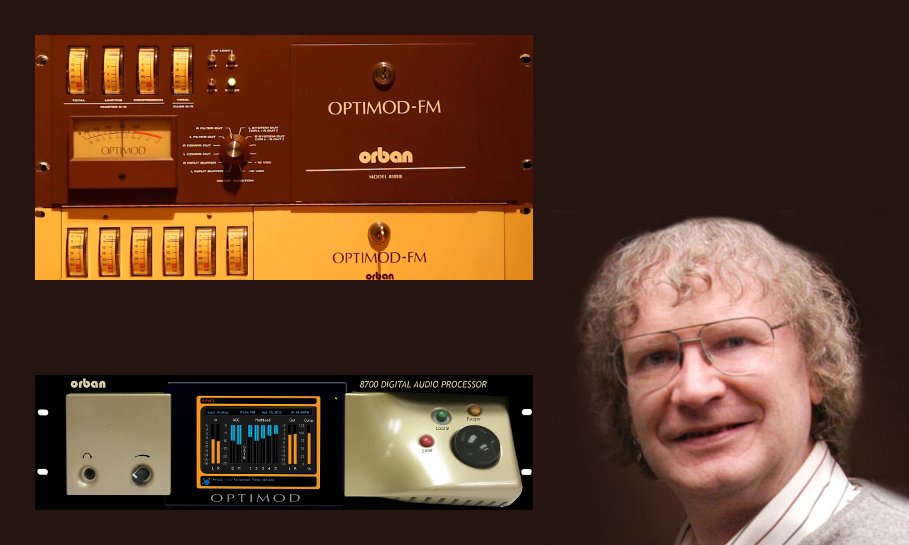 The SBE 34 will host a video chat with Bob Oran at the SBE Summer Conference on June 7 at the Albuquerque Marriott. The presentation will cover Orban’s approach to automatic, CALM-Act-compliant loudness control as embodied in the Optimod-TV 8685 Surround Loudness Controller, and will discuss the features of the 8685 in detail. It will discuss how Orban combines the CBS Technology Center and ITU-R BS.1770 approaches to obtain the advantages of both. It will cover the concept of “genre” in the context of BS.1770, as first introduced in a 2015 AES Recommendation, and how taking genre into account can reduce some of the practical objections that have been raised as a result of experience with normalizing all program material to the same BS.1770 target loudness. It will present measurements showing the effectiveness of Orban’s approach.

In 1970, Bob founded Orban Associates, originally as a manufacturer of studio equipment. In 1975, Orban Associates introduced the original Optimod-FM 8000, which was the first in a long line of broadcast audio processors for AM, FM, TV and digital broadcasting from the company. Orban has also been involved in professional recording for many years and has mixed several records released on the Warner Brothers label, as well as on small independent labels. As a composer, his music has been heard on classical radio stations in New York and San Francisco, and his score for a short film, “Dead Pan,” was heard on PBS television in Chicago. He has designed studio reverberators, stereo synthesizers, compressors, parametric equalizers, enhancers, and de-essers under both the Orban and dbx brand names.

Bob Orban has been actively involved in NRSC committee AM improvement work. He has been widely published in both the trade and revered press (including Audio Engineering Society, Proceedings of the Society of Automotive Engineers, and SMPTE). He co-authored the chapter on “Transmission Audio Processing” in the NAB Engineering Handbook, 10th edition. He currently holds over 20 U.S. patents. In 1973 he was elected a Fellow of the Audio Engineering Society. In 1993, he shared with Dolby Laboratories a Scientific and Engineering Award from the Academy of Motion Picture Arts and Sciences. In 1995, he received the NAB Radio Engineering Achievement Award. In 2002, he received the Innovator award from Radio Magazine.

In 2015 Orban introduced the Optimod PCn 1600, the first Optimod that runs natively on the host computer’s Intel x86 processor; the software does not use dedicated DSP chips. This year Orban introduced the company’s new flagship FM audio processor, the OPTIMOD-FM 8700, featuring versatile five-band and two-band processing for both analog FM transmission and digital media.